This listing is for a signed 8x10 Photo by Doolittle RaidersRICHARD COLE, ED SAYLOR and DAVID THATCHER. The Doolittle Raid took place on Saturday, April 18, 1942. This was an air raid by the United States on the Japanese capital Tokyo during World War II, the first air operation to strike the Japanese Home Islands. It demonstrated that Japan itself was vulnerable to American air attack, served as retaliation for the Japanese attack on Pearl Harbor, and provided an important boost to American morale. 80 men took part in the raid, many did not survive. Both of these men took part in that heroic raid. Thatcher passed away in 2016, Saylor in 2015. You KNOW this one is real. This photo has been certified by PSA/DNA, the premier autograph authentication company in the world. Their authentication is accepted and used by all the major auction houses. Cert Numbers will vary as we have a few. 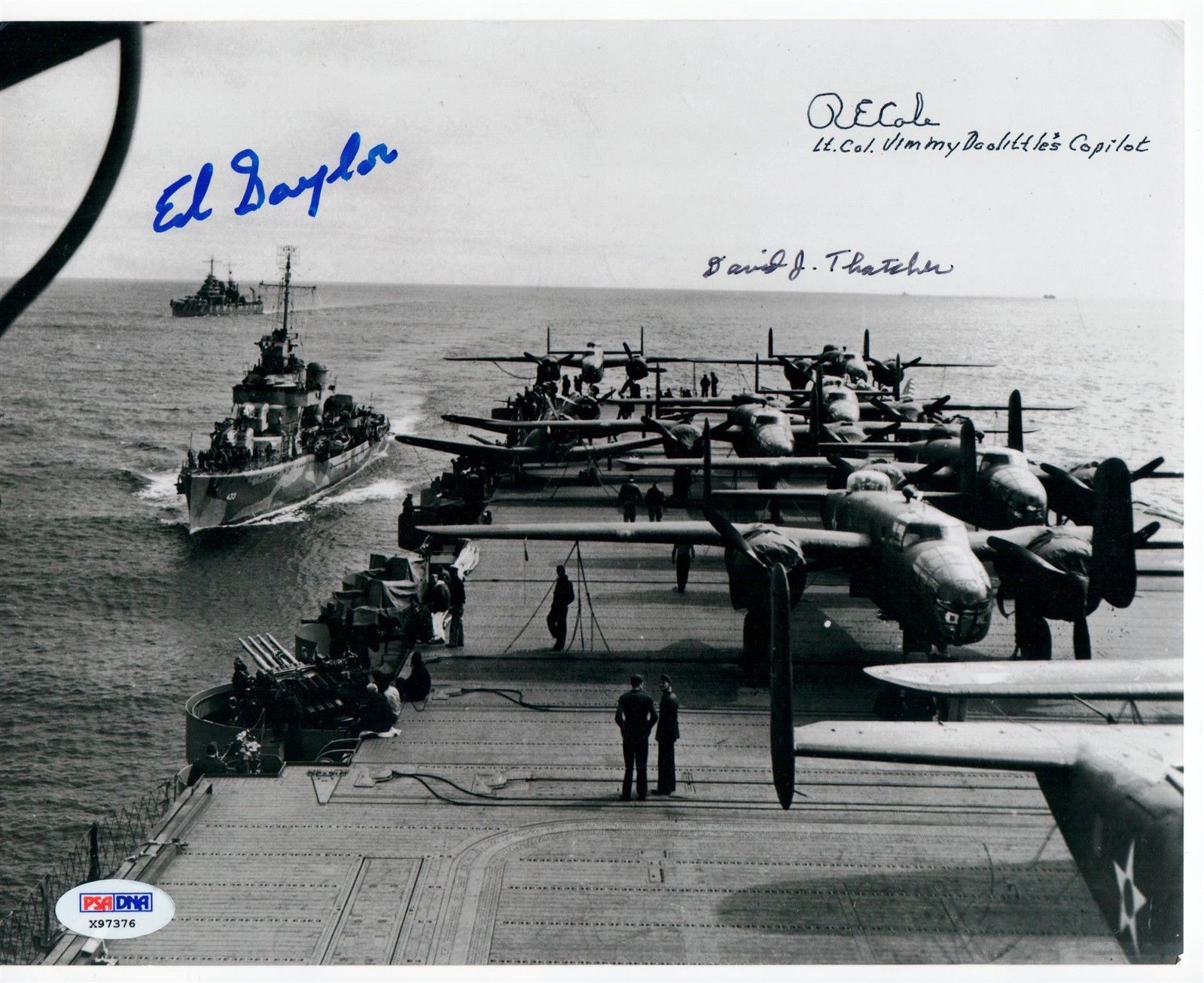