This listing is for a signed 8x10 Photo by UD Flying Ace FREDERICK BLESSE with multiple inscriptions. American Air Force major general and flying ace. He graduated from the United States Military Academy in 1945. He flew two combat tours during the Korean War, completing 67 missions in P-51s, 35 missions in F-80s and 121 missions in F-86s. During the second tour in F-86s, he was officially credited with shooting down nine MiG-15s and one La-9. At the time of his return to the United States in October 1952, he was America's leading jet ace. Blesse passed away in 2012. You KNOW this one is real. This photo has been certified by PSA/DNA, the premier autograph authentication company in the world. Their authentication is accepted and used by all the major auction houses and is an eBay approved authenticator. Cert Numbers will vary as we have a few. 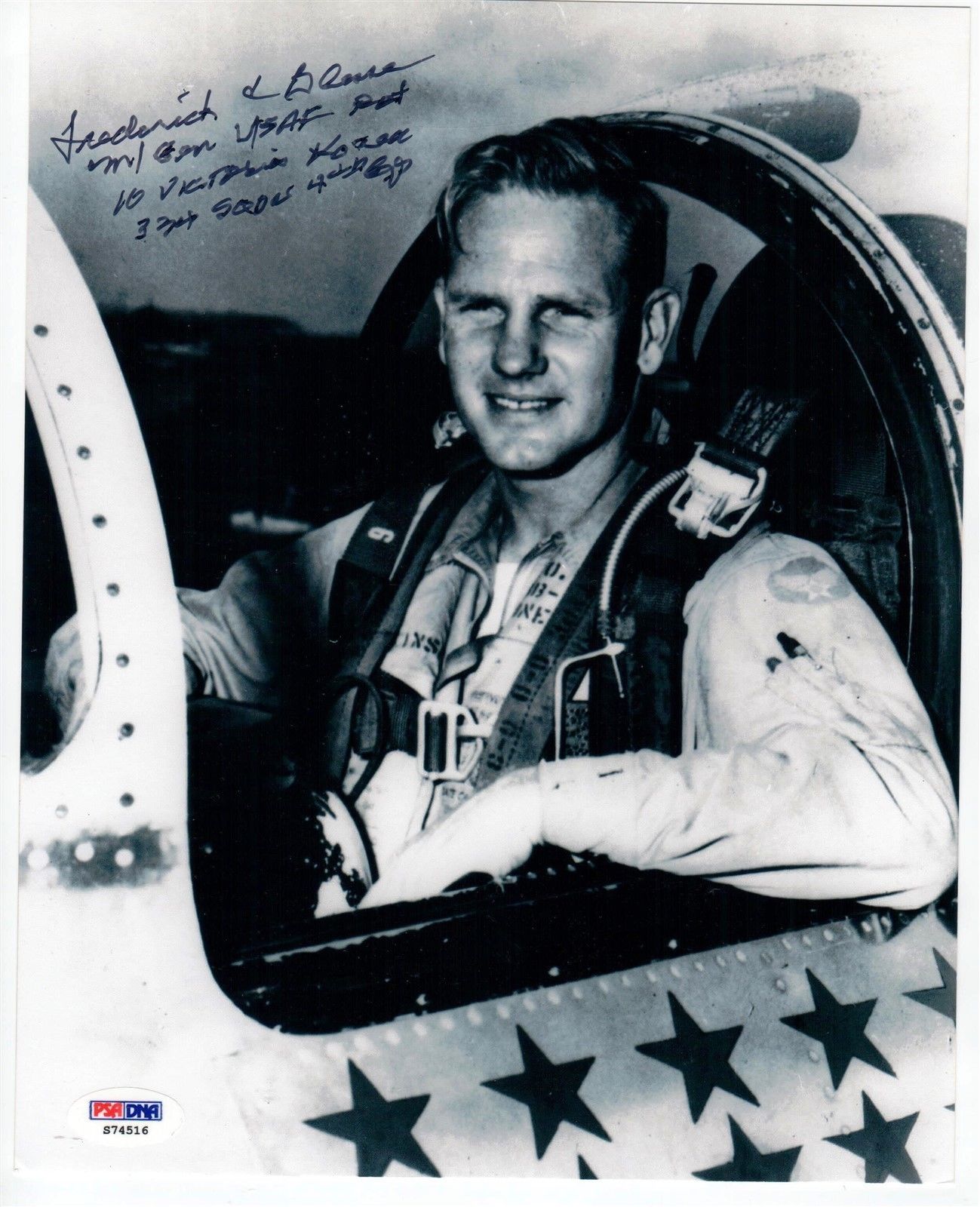