This listing is for a team signed 16x20 Color photo from the 1972 Team USA Olympic Basketball Team. Officially this team won the Silver Medal, but in the hearts and minds of themselves and basketball fans around the world they were the rightful winners of the Men's Basketball Gold Medal at the 1972 Olympics. At the end of the game a series of questionable officiating calls by both the referee and olympic officials resulted in the Soviets being given three chances to inbound the ball to win the game with just 3 seconds left. On the final play the Soviets scored to "win." To this day members of team USA have refused to accept their silver medals and in fact some players have even added clauses to their will that their decendants can never accept silver medals either. Numerous appeals have been made and there is hope that duplicate gold medals will be issued to the team. This photo is of the American celebration of their victory prior to all the skullduggery. Photo has been signed by all 12 members of the team: Captain Kenny Davis, Doug Collins, Tom Henderson, Mike Bantom, Robert Jones, Dwight Jones, James Forbes, Jim Brewer, Tom Burleson, Tom McMillan, Kevin Joyce and Ed Ratleff; also signed by assistant coach Johnny Knox for a total of 13 signatures. A very complete piece from the only signing the team has ever done. A great piece of sports history. You KNOW this one is real. This photo has been certified by PSA/DNA, the premier autograph authentication company in the world. Their authentication is accepted and used by all the major auction houses. Comes with their full letter as pictured. 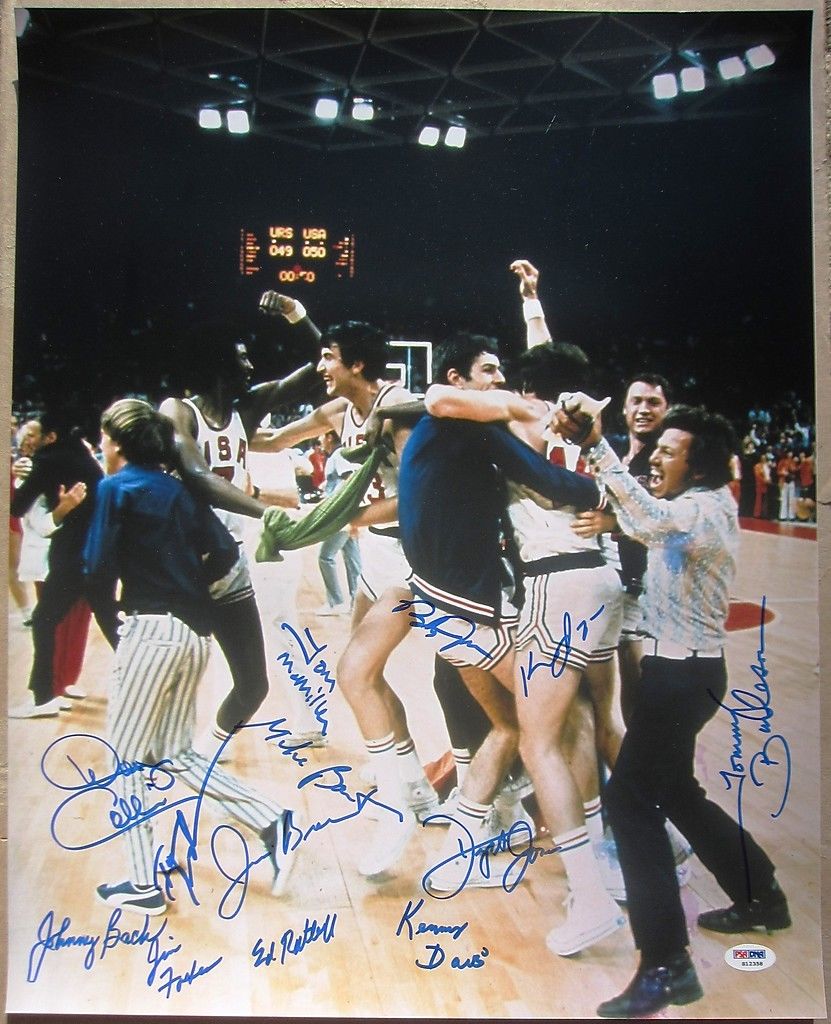