This listing has ended without a bid.

This listing is for a signed 16x20 Color photo from the 1986 World Series Champion New York Mets. Pictures the parachuter from the 1986 World Series. A year that Met Fans will never forget. 27 signatures on this photo including all the important guys: Gary Carter (HOF), Davey Johnson (manager), Ray Knight (with WS MVP Inscription), Keith Hernandez, Darryl Strawberry, Dwight Gooden, Mookie Wilson, Bill Robinson (coach) (d 07), Jesse Orosco ("Last Out" Inscription"), Rick Aguilera, Bruce Berenyi, Tim Corchoran, Dave Magadan, Kevin Elster, Danny Heep, Roger McDowell, Howard Johnson, Danny Heep, Barry Lyons, Ed Hearn, Rick Anderson, Bob Ojeda, Wally Backman, Rafael Santana, Ron Darling, Kevin Mitchell and Terry Leach. A very complete piece. I can't even imagine what it would cost to reproduce this photo at shows today. Steiner runs reunions on this team from time to time, but never with this many signatures. You KNOW this one is real. This photo has been certified by PSA/DNA, the premier autograph authentication company in the world. Their authentication is accepted and used by all the major auction houses. Comes with their full letter as pictured, numbers will vary as we have a few. NOTE: Any Glare you see is strictly in the scan, the photo is clear. 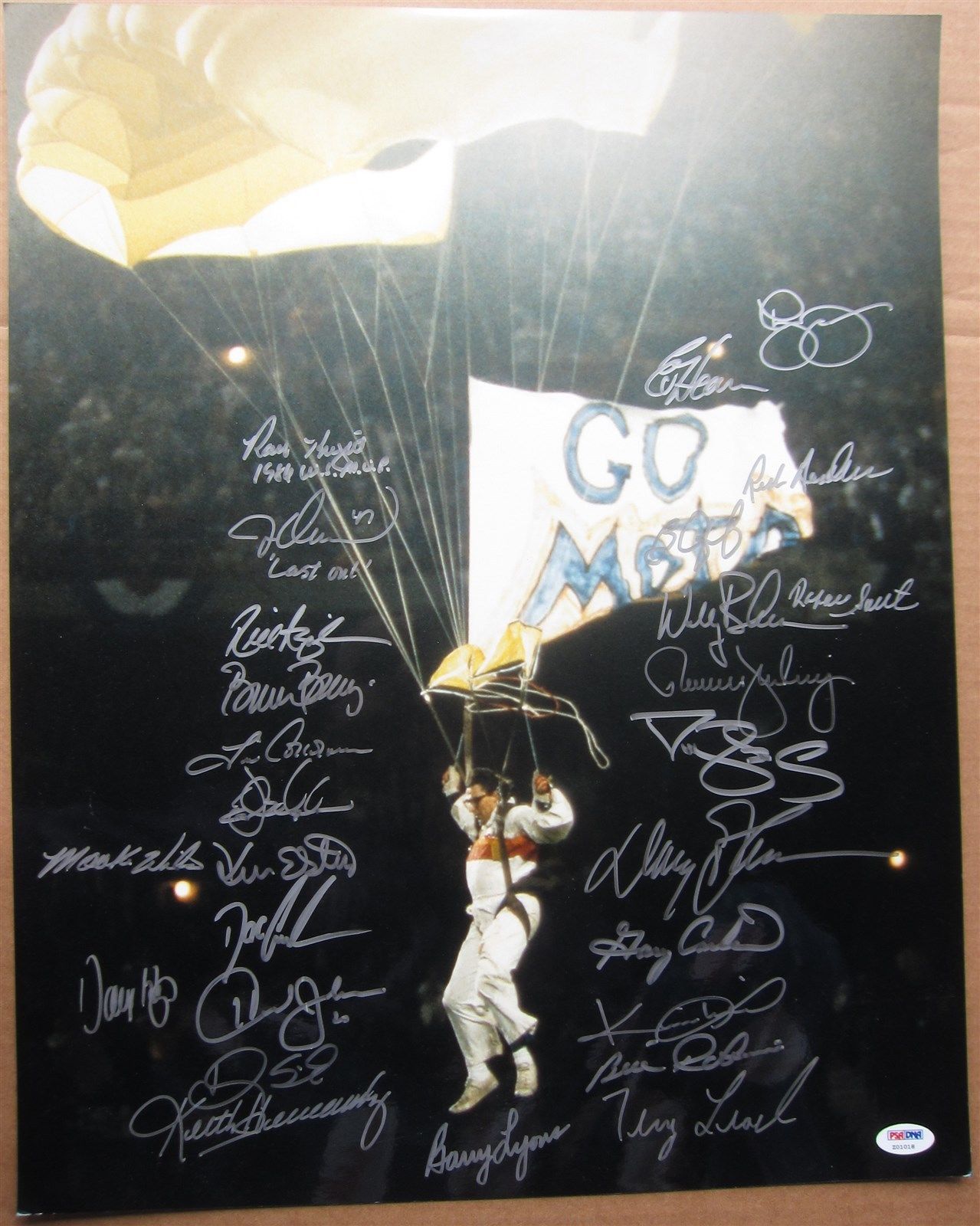