This listing is for a signed June 2015 Issue of Mad Magazine signed by the Guest Editor of that Issue #533 of Mad Magazine, WEIRD AL YANKOVIC. This is the only time in its illustrious history that MAD Magazine had a guest editor for the entire issue. In addition to being signed by Weird Al, it was also signed by John Ficarra (editor in chief of MAD since 1984), Sam Viviano (Lead Artist for MAD) Dick DeBartolo (famous MAD writer who has appeared in over 400 Issues). Music autographs are very tough to get as these performers don't do paid signings and are WIDELY forged. You KNOW this one is real. This magazine has been certified by PSA/DNA, the premier autograph authentication company in the world. Their authentication is accepted and used by all the major auction houses. Cert Numbers will vary as we have several, Each has a full PSA/DNA letter as pictured. 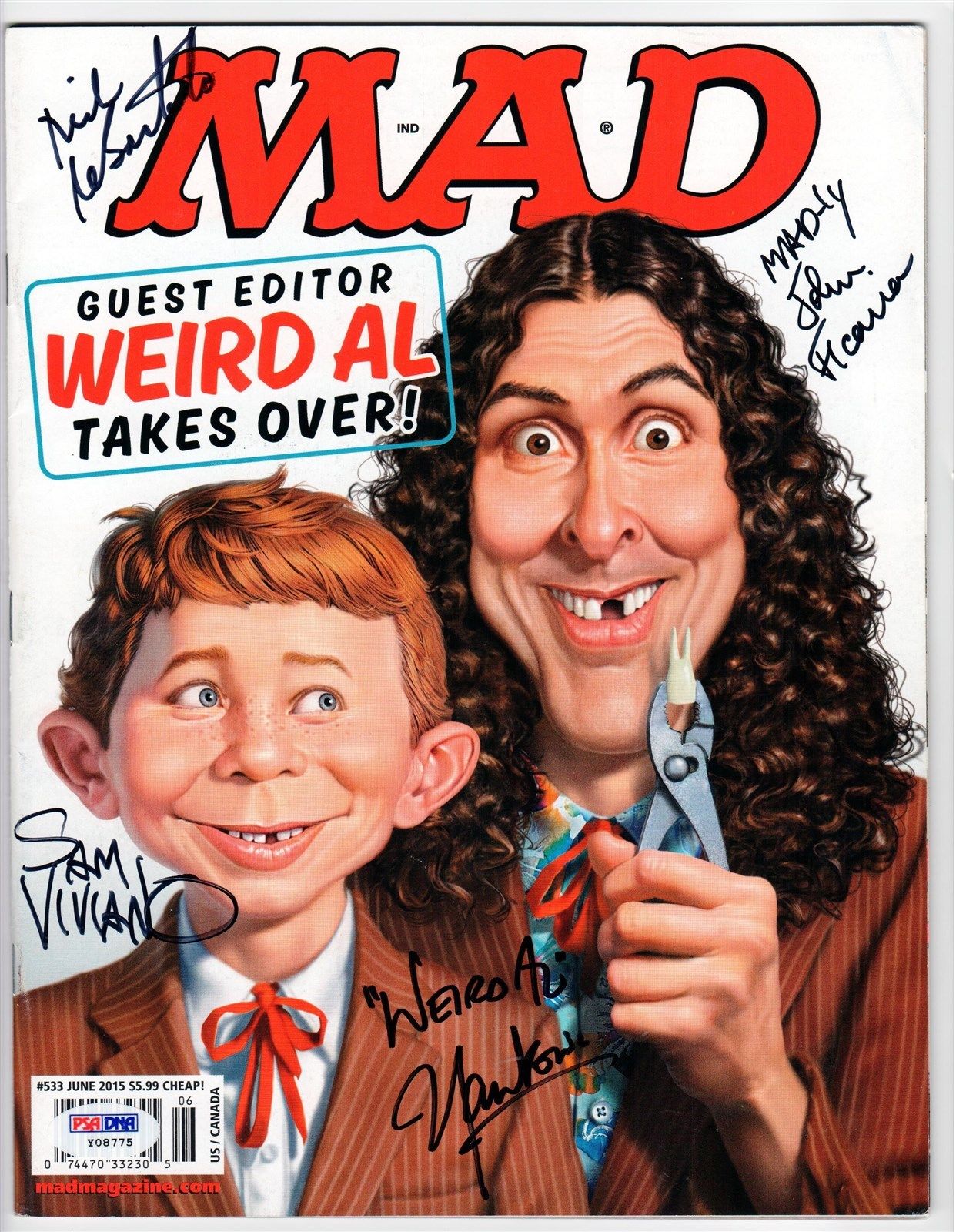