This listing is for a signed copy of Legendary Composer Stephen Sondheim's book titled Look, I Made a Hat. He is considered one of the most influential music makers of the late 20th century. Oscar and Tony Award Winner. This book is from an appearance for this book by Stephen at the Barnes and Noble store in New York City on December 7, 2011. This was his only appearance for the book so there are not many of these around. A great Gift idea. A great chance to get a real signature on this FIRST EDITION, FIRST PRINT book. 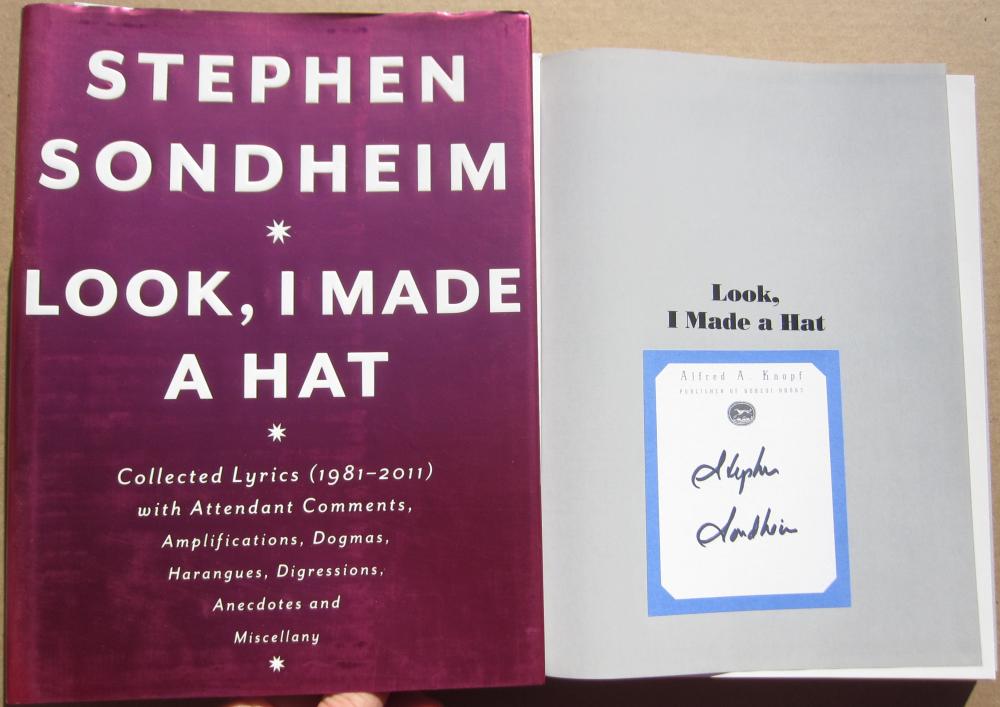