This listing is for a signed Index Card of College Football Hall of Famer JEROME "BRUD" HOLLAND. Signature graded PSA 10. He graduated from Cornell University in 1939, after being the first African American to play on its football team.  In 1972, Holland became the first African American to sit on the board of the New York Stock Exchange, a position he held until 1980. He became a member of the College Football Hall of Fame in 1965. In 1972, the NCAA awarded Holland its Theodore Roosevelt Award. From 1970 to 1972, Holland served as United States Ambassador to Sweden. He served on Cornell's Board of Trustees, and a dormitory was named in his honor. On May 23, 1985, Jerome Holland was posthumously awarded the Presidential Medal of Freedom by President Ronald Reagan. Passed away in 1985. This signature has been certified by PSA/DNA, the premier autograph authentication company in the world. Their authentication is accepted and used by all the major auction houses. Slabbed in one of their popular holders. 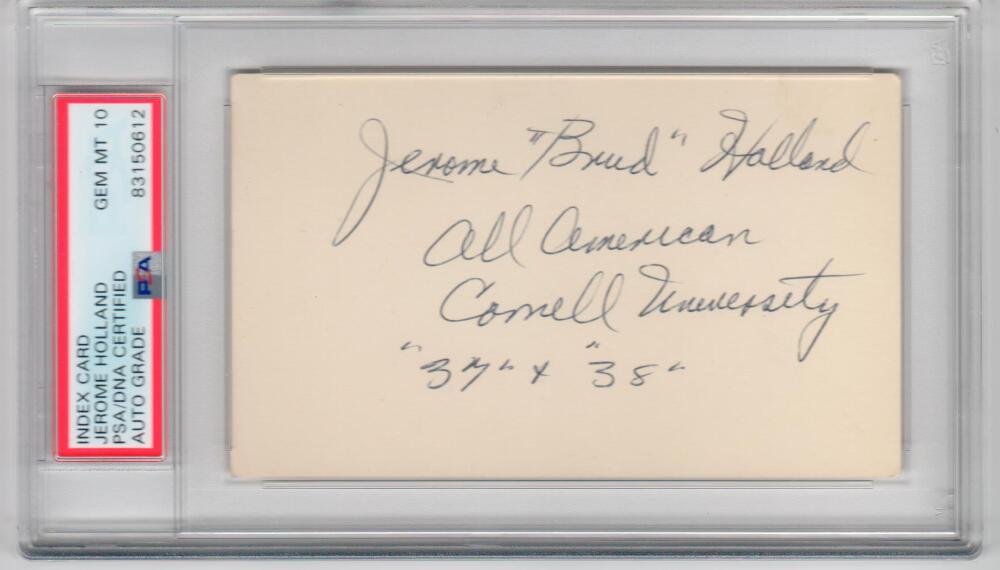